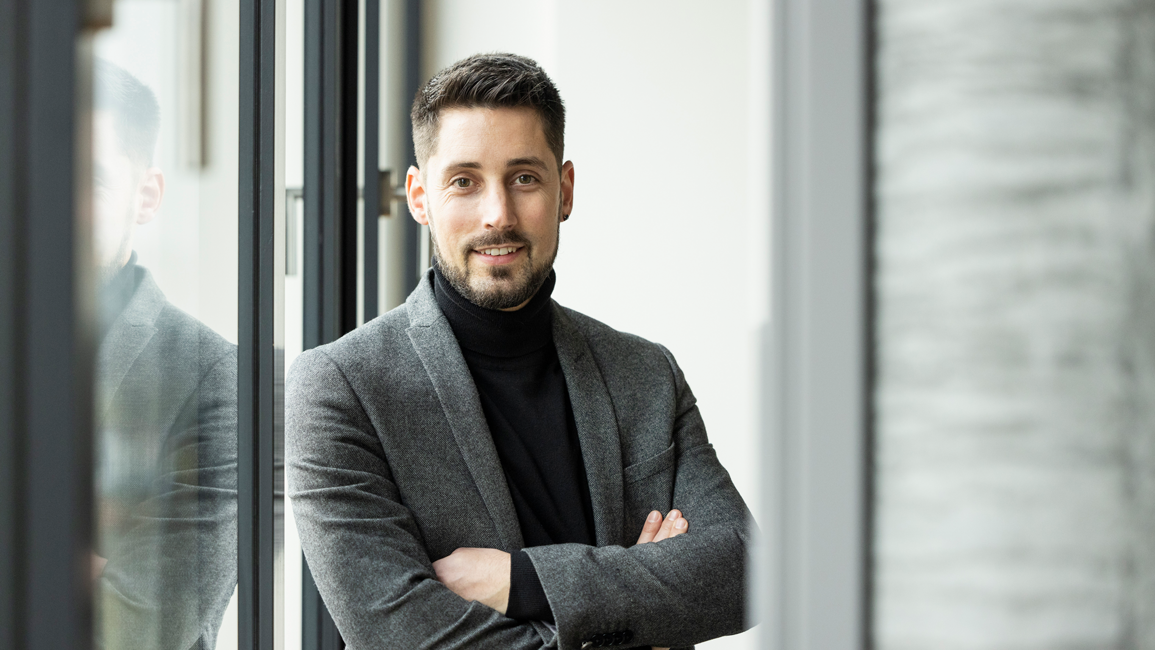 As Head of Operations, Patrik Rechsteiner makes sure everything is in place so that people can do their work well. And he’s currently doing that at two sites – in Arbon and Sulgen.

“My job is to create the operational conditions that are needed for everyone in our organization to work together and achieve our corporate strategy.” That’s how Patrik Rechsteiner describes his role as Head of Operations, and he further illustrates what he means using sport as an example. “Take a relay race: I make sure the track is prepared well and free of obstacles, and sort out the budget and funds for the equipment. The runners are fully focused on a single, clear objective; they know what’s expected of them. All they need to do is run. So basically my primary role is to create the conditions necessary for the teams to get on with things.”

The complexity of two sites

Operations has around 100 employees working in the areas of Production, Supply Chain Management, Industrial Engineering and Technics (Maintenance). Patrik Rechsteiner sees employees as the company’s most valuable resource. He provides them with an environment in which they can perform their roles, and for the moment he is doing this at two different sites simultaneously. The manager joined V-ZUG Kühltechnik AG in the autumn of 2019 and is currently navigating two different realms. He’s responsible for the relocation from Arbon to Sulgen while keeping production running in Arbon and, at the same time, setting up the new site in Sulgen. “Managing this complexity is definitely the biggest challenge,” he tells us. By that the 36-year-old means dealing with the challenging logistics of materials and production along with the relocation of competencies. The most difficult task is running parallel operations with the existing employees of this small organization, because that means taking employees away from the working environment they are used to and asking them to take on additional tasks. 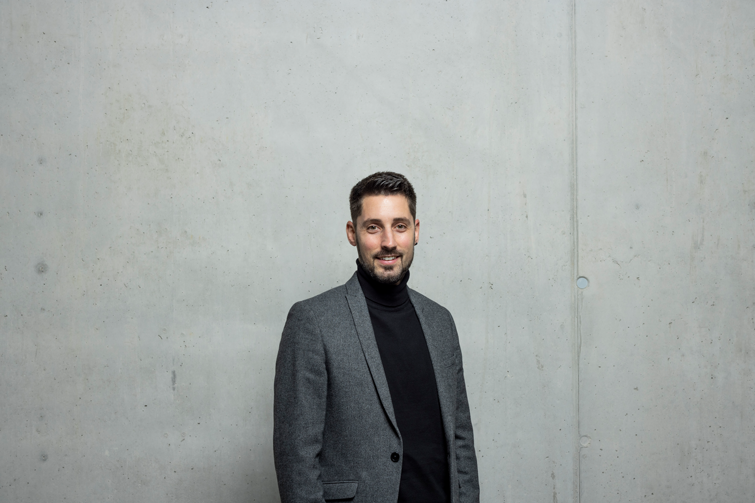 Open communication and a feeling of togetherness

To achieve his objective, Patrik Rechsteiner is focusing on making the work meaningful, respecting and valuing people, and maintaining a corporate culture of togetherness. As a Member of Management he’s often found on site, pitching in and helping those working there. And his office door is always open: “I believe in open communication and treating people as equals. I listen, and I give feedback. That’s important to me.”
The Appenzell native previously spent 17 years working in the international mechanical engineering industry. He did an apprenticeship in automation and stayed with the same company, rising up through the ranks to become a member of the management. He continued to develop his professional competencies, also completing a Masters in Supply Chain and Operations Management.

The journey to Sulgen has only just begun

The construction of a new site in Switzerland was what motivated Patrik Rechsteiner to move to V-ZUG Kühltechnik AG: “I’m 100% convinced that we can do business profitably and sustainably in the high-wage country of Switzerland.” By creating an ultramodern factory with a lean value stream, the company has laid the foundations for innovation, digitalization, transparency and flexibility. “The high-tech Sulgen site is the keystone,” he says happily. “But the journey has only just begun.”

Luckily, Rechsteiner enjoys travelling – ten years ago, he spent a year backpacking around the world. Immersing himself in foreign cultures is his passion, he tells us. Although nowadays he says he’s happily settled in Switzerland, where he lives in Freidorf with his wife and two sons, aged three and four. He keeps fit by jogging, and enjoys spending time outdoors with his family.

In the last year, though, he’s not had all that much free time. The company has been busy: It’s got the interfaces between the new equipment to work. Launched a new product, a WineCooler. Written new SAP processes. And kept on track to achieve all this despite staff shortages and material and equipment delivery problems due to COVID 19. The next stages of the journey in Sulgen are now stability and quality. Followed by the continual optimization of all the processes along the entire value chain.

“I’m 100% convinced that we can do business profitably and sustainably in the high-wage country of Switzerland.”

Anchoring lean production as a philosophy

People often talk about making processes leaner. For Patrik Rechsteiner, lean production is a philosophy and requires a holistic approach. He explains that a large part of it starts with development: for example, the simpler a design, the less material is used, the simpler purchasing becomes, and the simpler production becomes. In the coming years, the fundamental principles of lean production will be expertly implemented and anchored. The destination is crystal clear: lean thinking, day in, day out. The objective is to keep costs as low as possible whilst delivering as many products as possible of the premium quality the company is known for, thus satisfying and delighting customers.

“In everything we do, however, my focus is always on people,” says the Head of Operations. He is convinced that by supporting employees and ensuring they feel happy, you help them unlock their full potential, and tells us, “Positive people achieve more.” V-ZUG Kühltechnik AG counts itself lucky to have such a motivated team on board.

Sustainability in the V-ZUG

“The right materials in the right place at the right time”