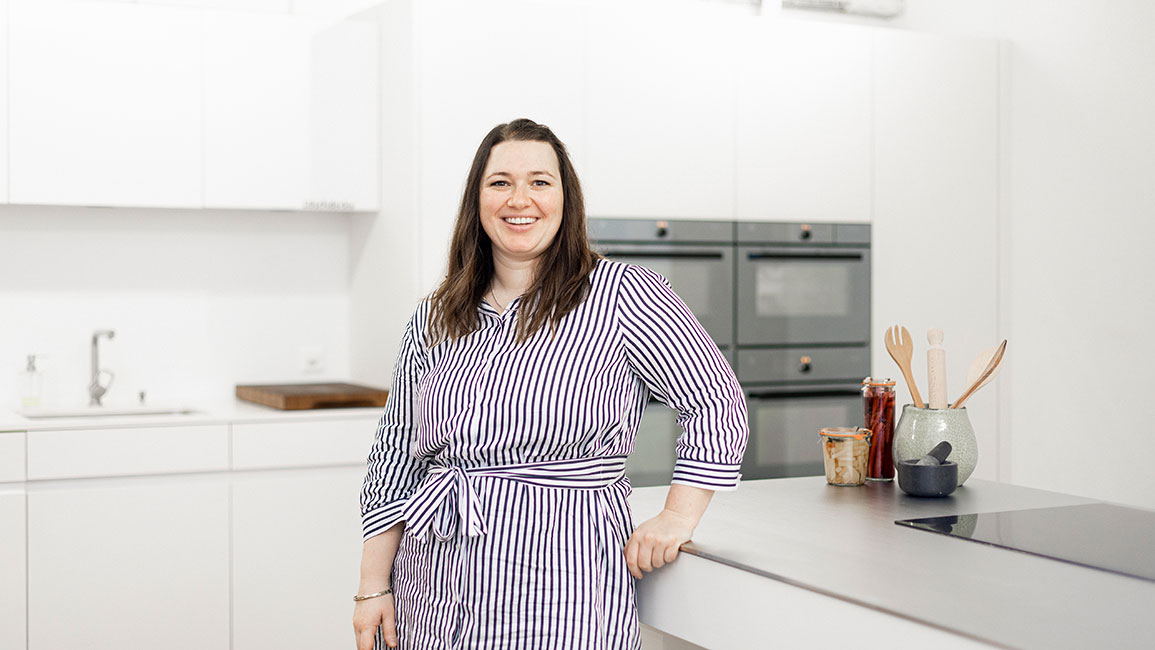 A steam cooker prepares your food without you needing to be there. It will also cook it for just the right length of time to preserve its flavour and nutrients. An interview with steam cooker expert Raffaela Neussinger from the V-ZUG Gourmet Academy.

Why should I buy a steam cooker?
There are lots of reasons! From a culinary point of view it’s very versatile, and if you have a steam cooker or Combi-Steamer, cooking becomes very flexible. I can prepare lots of things at the same time in the steam cooker and don’t have to stand over it as you do with something on the hob, for example. Another great thing about cooking with the steam cooker is that it’s a really healthy option.

“From a culinary point of view it’s very versatile, and if you have a steam cooker or Combi-Steamer, cooking becomes very flexible.” 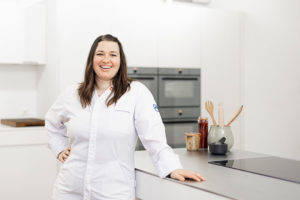 Why is cooking food in a steam cooker so healthy?
It preserves the vitamins and nutrients much better than boiling does, because they aren’t lost in the water. You also don’t overcook the food, and finally, because the flavours are preserved so well, you often need less salt.

Steamed vegetables sometimes have a bit of a reputation for tasting bland. Do you have any tips on how to make them exciting?
There’s always the option of steaming vegetables and then making them into a salad by adding a dressing. Or you could add some herbs. But remember that a raw carrot with no flavour isn’t going to get any tastier after steaming, so you need good-quality raw produce.

Are there any don’ts when it comes to steaming vegetables?
I think it’s better to roast Mediterranean vegetables like courgettes, aubergines and peppers than to steam them.

Meat and fish can also be cooked in the steam cooker. Can you give us a few tips?
Yes, of course. For example, boiled beef is great done in a steam cooker instead – it stays lovely and moist. You can also fry or grill the meat after it’s been steamed, so the steam cooker is good for preparing meat for barbecues, for example.

How would I do that?
My perfect solution would be to use the V-ZUG Vacuisine method, because then you can vacuum the meat in the bag with the marinade and cook it in the steam cooker. After that you just pop it on the barbecue to crisp up the outside.

Vacuisine cooking isn’t just a good method for meat, you can use it for vegetables too. Do you have any favourites?
I love using it for green asparagus, which basically cooks in its own juices. And Vacuisine sweetcorn is a complete taste explosion. You take fresh corn on the cob and add either the whole cob or just the kernels to the bag with a teaspoon of butter and a pinch of salt, then cook it in the steam cooker for an hour at 86 degrees.

“Cake is great done in the steam cooker, too.”

The steam cooker isn’t just great for savoury foods, you can use it for sweet recipes, too. What are the best desserts to use it for?
Any steamed flans – like crème caramel – are really easy to make in the steam cooker. Usually you’d need to put them in a water bath in the oven, but with the steam cooker you simply pop them in and bake them at the perfect heat. Cake is great done in the steam cooker, too, for example when I was at a trade fair in Belgium, I had some steamed coconut cake. It might sound a bit strange to steam cake, but this one almost took my breath away, so I would definitely recommend trying out cake in the steam cooker at some point.