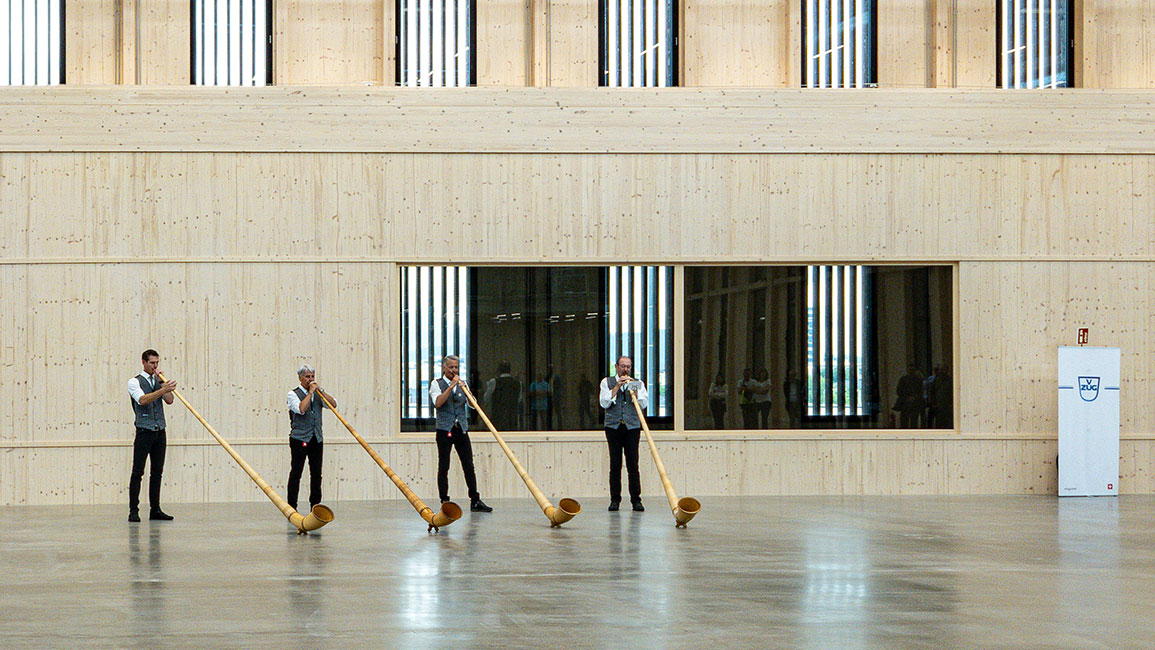 Published on 6. November 2020 by V-ZUG Redaktion - Sandra in Swiss Made

One hall with multiple facets – sustainable, stylish and durable: last autumn, the new pressing plant on the ground floor of the new Hangar went into operation. As well as being home to the new plant, this summer the hall came to life with the sounds of classical music.

The architectural appearance of the new Hangar building, with its jagged industrial roof, is particularly striking. Its modern interpretation alludes to the origins of V-ZUG as an industrial company while still meeting future requirements. It’s almost a year since the new pressing plant was installed in the Hangar, and we can safely say that the production concept for the new plant is working well. The capacity of the new press is gradually increasing – we are currently at around 65% capacity in a shift. There are still some individual challenges to be overcome due to the complexity of the overall system, but it’s already been confirmed that the new press can reach significantly higher stroke rates, so more parts can be produced in a shorter time. The tool-changing process is also faster, which allows smaller batch sizes and results in improved efficiency. 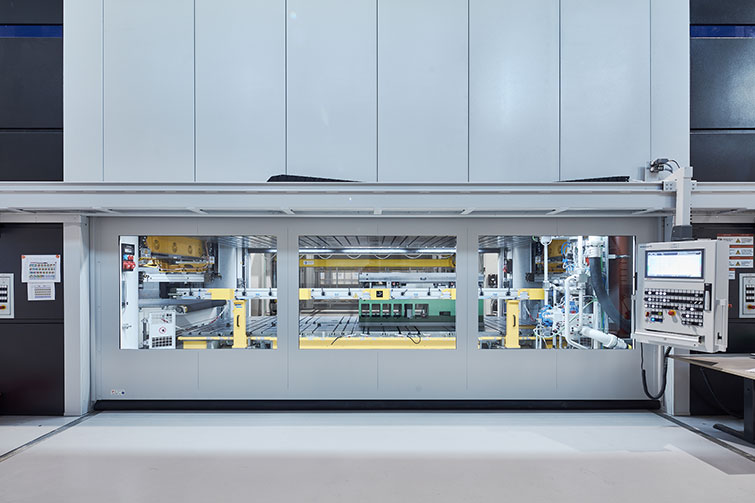 The construction of the new hall (2nd and 3rd floors) is complete and has been approved by the builder. The attractive wooden production hall with its pillarless sawtooth roof is a real gem. Its acoustics are so good that it has already been used as a venue for several cultural events, including concerts – a great use of downtime in an age focused on sustainability. We still need to complete the exterior façades of the stairwells and elevator shafts, and then the scaffolding will be removed. 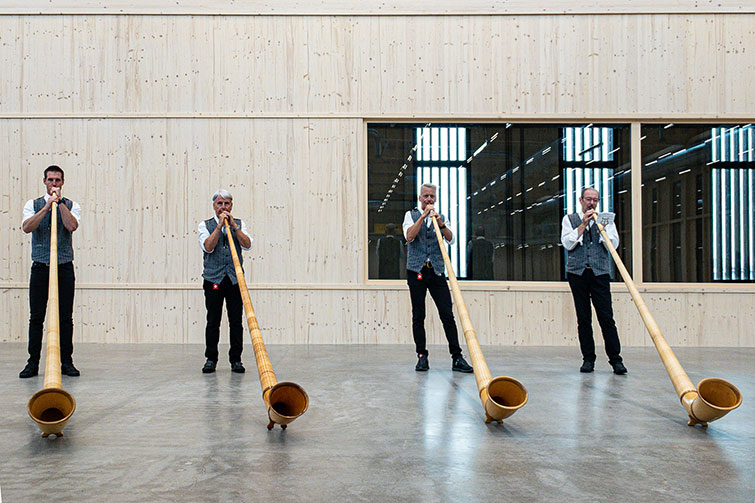 Swiss sounds from wooden horns: On 4 August 2020, a small exclusive group from “Nüm dal Corno” took place in the new hall of the Zephyr Hangar. 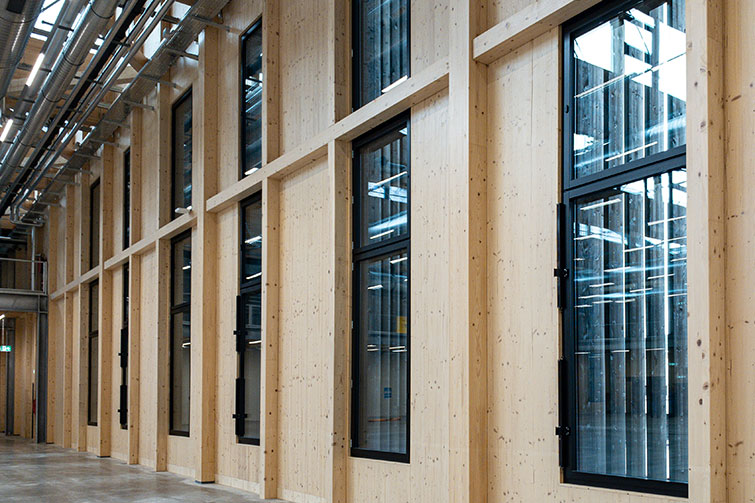 Impressive: the hall is completely made out of wood.

If we look even further into the future, then the next construction project is Zephyr Central and East. This building will create the link between Hangar and Mistral and will become the centrepiece of the vertical factory. It contains goods in, punch laser and small part production, the decoupling warehouse, the degreasing plant, assembly including decanting spaces, servicing and also the future kiosk. Construction will begin this winter and commissioning is planned for 2023. 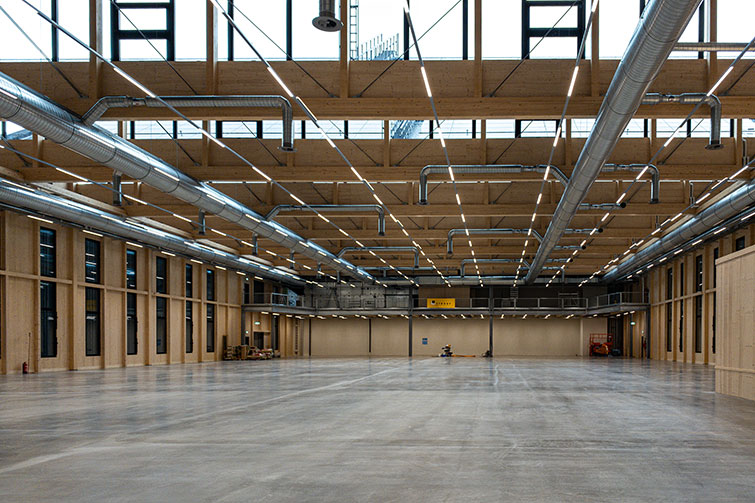 Now still empty, in the meantime used as a concert hall and tomorrow the place for the new surface technology: the new hall of the Zephyr Hangar.

Groundbreaking ideas – thanks to sustainable thinking