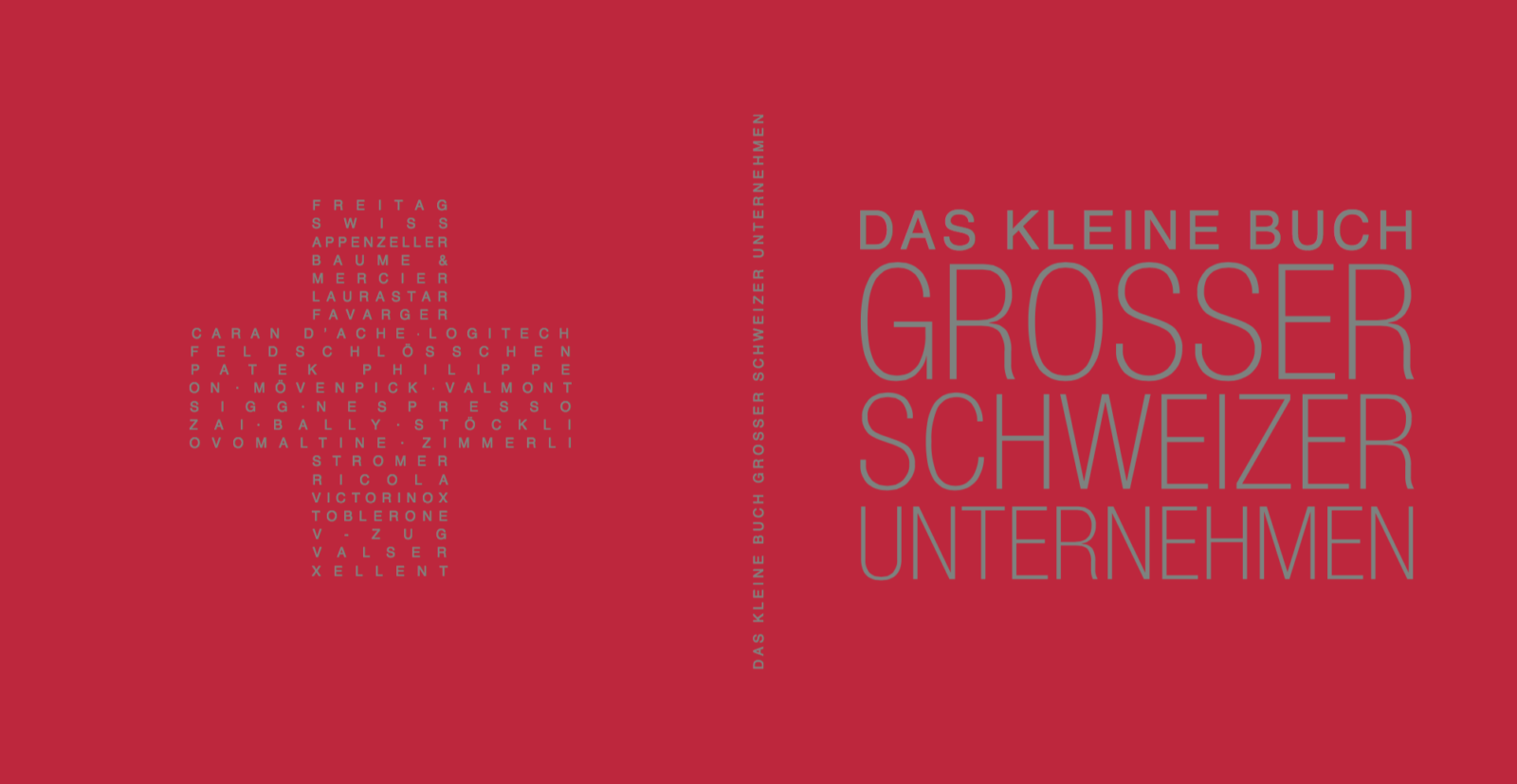 Flying high with the savoir-faire principle

The first pair of shoes to walk on Mount Everest was Swiss. The first watch on the moon was Swiss. For our first blog post, we’re going to talk about the savoir-faire principle – the recipe for success for Swiss-made products. In doing so, we’ll also take a journey back to the very beginnings of our own company.

Savoir-faire is the principle of tradition, whereby skills, talents, recipes and secrets are passed on from generation to generation, always with the aim of maintaining the highest possible level of quality.

Das kleine Buch grosser Schweizer Unternehmen («The little book of large Swiss companies»), which forms the basis of this article, provides 27 savoir-faire success stories. We have compiled the eleven most fascinating stories for you in this article. 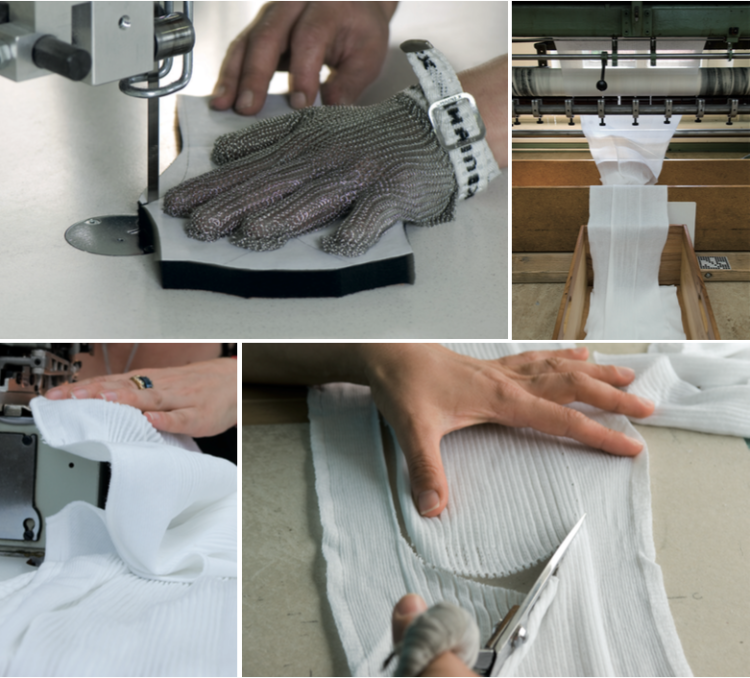 Zimmerli of Switzerland produce the most beautiful and finest underwear in the world. The process involves 18 manufacturing steps, which are performed by 55 seamstresses who apply and constantly pass on their specialist expertise. This savoir-faire that the company has developed over the decades creates a level of quality that even amateurs can see and feel instantly. Image credit: Book, page 52. 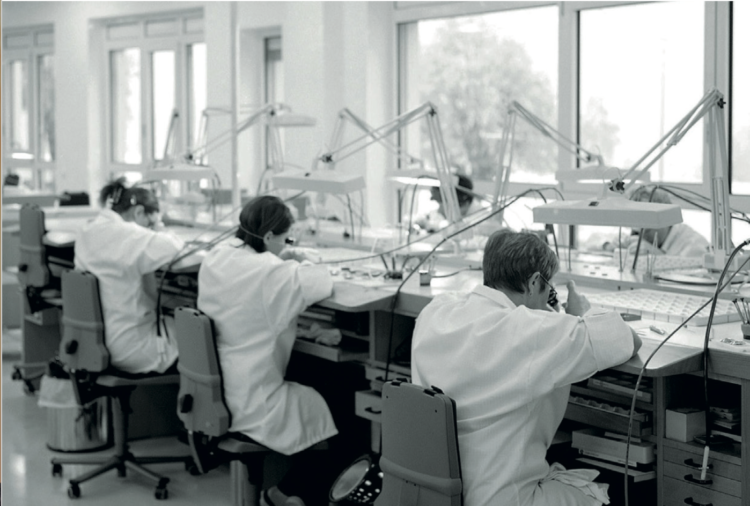 Baume & Mercier refer to the savoir-faire principle as «ÉTABLISSAGE». According to the book: «Établissage refers to a traditional manufacturing method in which the individual components, which are produced in line with plans from the brand, are assembled in a controlled atmosphere in workshops in the Swiss Jura.» Image credit: Book, page 23. 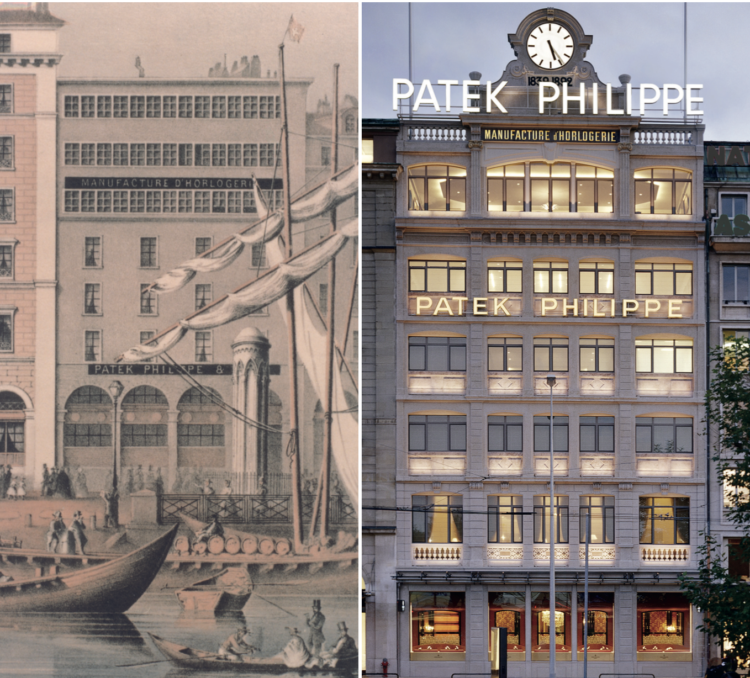 As well as holding over 100 patents, Patek Philippe also has its own seal of quality in the form of POINÇON, which looks at the watch in its entirety. According to the book: «It's about the perfect link between a movement and its environment; in other words, the fittings.» What's more, it also includes criteria which relate to customer service as well as maintenance and repairs. Image credit: Book, page 27.

Did you know that the name Caran D'Ache of Switzerland comes from the Russian word «Karandash», which means pencil? Here we find the savoir-faire of an ALCHEMIST. With a colour spectrum covering over 300 nuances as well as technically sophisticated manufacturing processes which benefit from the outstanding craftsmanship of up to 90 artisans, this is an example of savoir-faire culture at the very highest Swiss-made level. Image credit: Book, page 34. 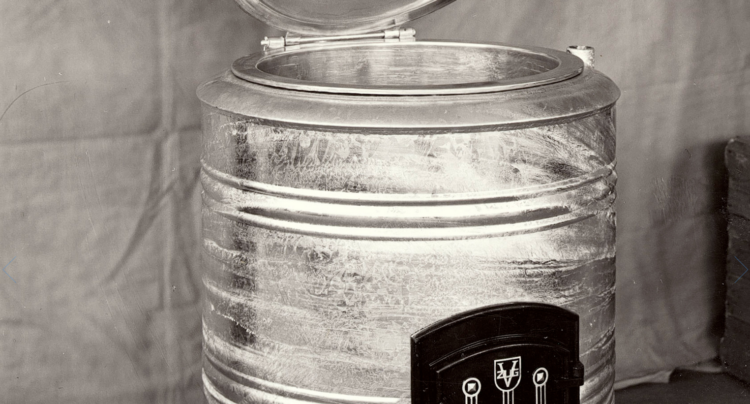 Do you know what the «V» stands for? It refers to «Verzinkerei», the German word for galvanising plant. To this day, more than a hundred years after the company was founded, the care with which we procure, finish and process metals has remained a key quality feature when it comes to production in our factory in Zug. It forms the basis of the proverbial ZUG quality. Over the decades, we have expanded our savoir-faire – for example, with the use of steam.  We use steam to refine dishes in our combi-steam cookers, rinse glasses in our dishwashers and protect blouses and shirts from creases in our Adora washing machines. You could say that our savoir-faire principle is «full steam ahead». 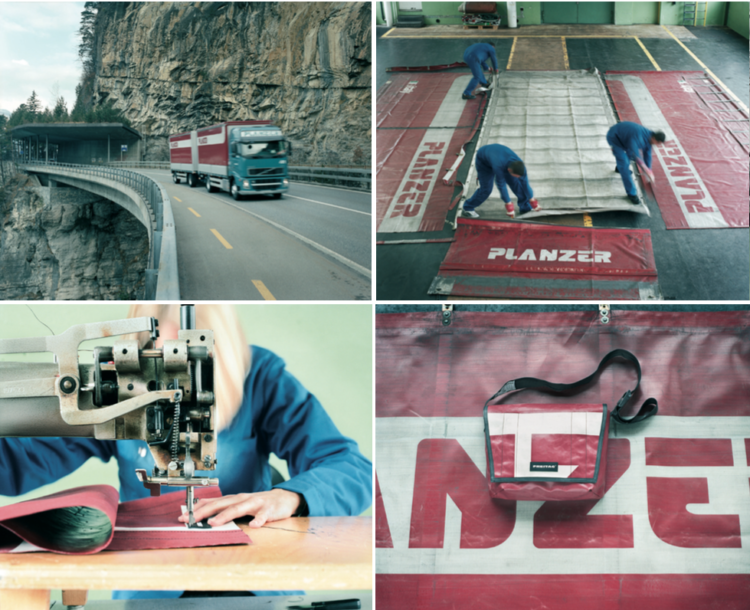 Freitag products are manufactured in line with the savoir-faire principle of SUSTAINABILITY. The idea is virtually synonymous with the principle. Each year, the company uses 440 tonnes of truck tarpaulins, 35,000 inner tubes and 288,000 seat belts to produce bags and smartphone covers for urban individualists. On top of this, the manufacturing process is highly sophisticated and involves a great deal of craftsmanship. Four million litres of water are required to clean the tarpaulins. The company collects rainwater on the roof to use in this process. And that's savoir-faire according to Freitag! Image credit: Book, page 68. 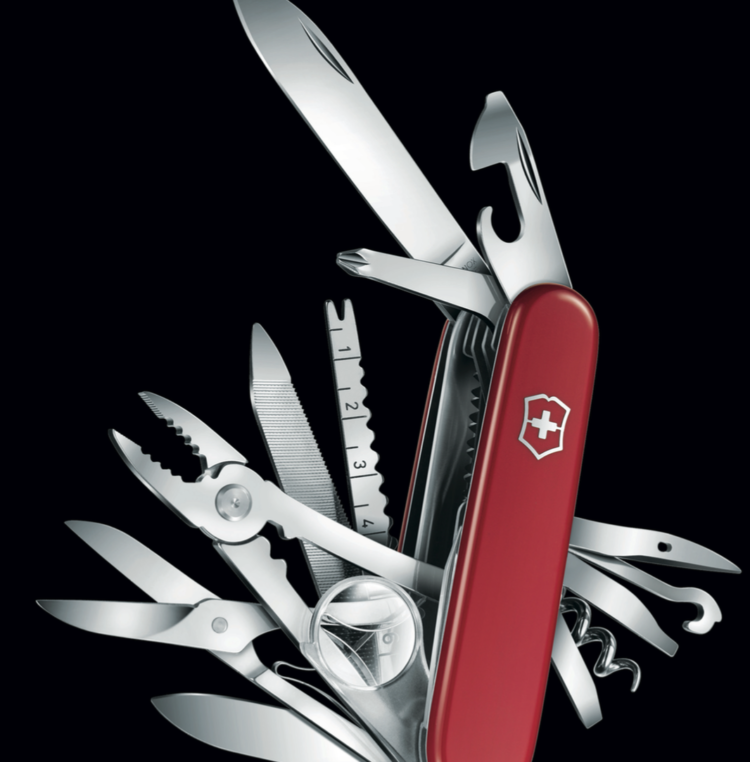 The name Victorinox comprises a two-fold savoir-faire principle. As a key component in the manufacture of the several hundred models in the extensive knife collection, the incoming INOX STEEL is subjected to an initial inspection with spectral analysis, a metallurgical examination and an edge retention test. In 1909, Karl Elsener introduced the brand name «Victoria» in memory of his mother, who actively supported him, and legally registered the emblem with the cross and shield. It is currently registered as a trade mark in over 120 countries. According to CEO Carl Elsener: «We have our own team who enforce our trade mark rights.» Controlling materials and protecting trade marks are part of the Victorinox savoir-faire. Image credit: Book, page 113. 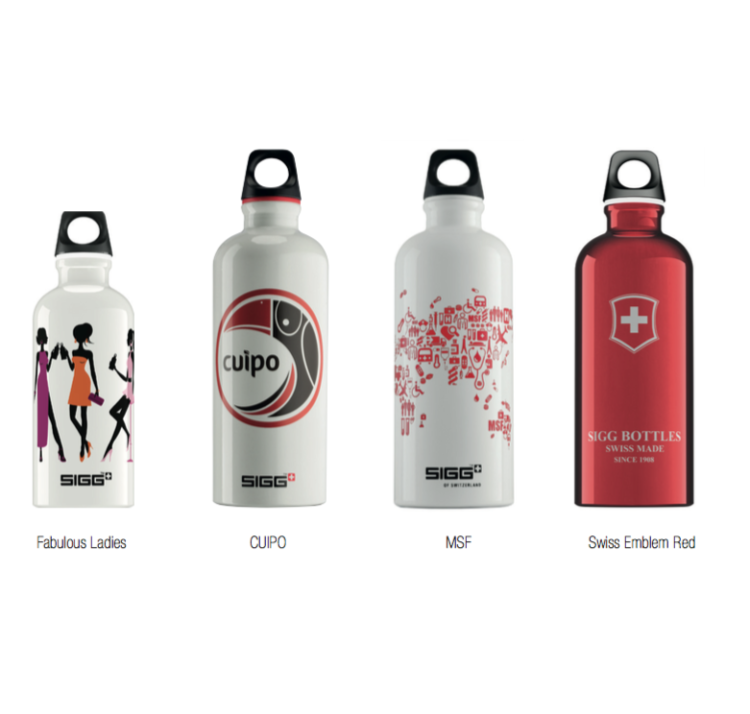 SIGG makes bottles with a cool design for when you are out and about. The body is extruded from a single piece of pure aluminium without any welds. Image credit: Book, page 93. 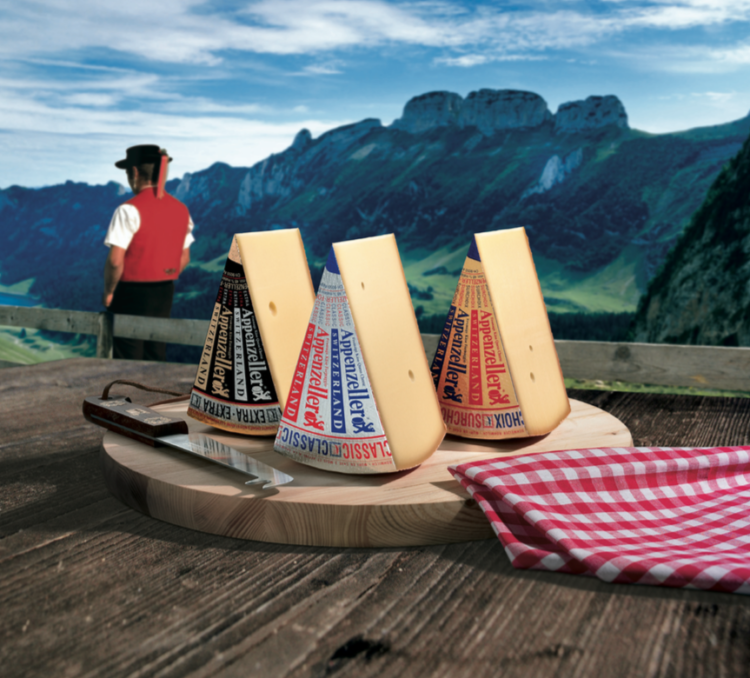 It's possibly the oldest savoir-faire principle in Switzerland: the manufacture of KRÄUTERSULZ. Appenzeller's secret recipe for their herbal brine was first recorded in 1282 and is produced in 58 village cheese dairies in Appenzell. Even today, we still wait in vain in front of our TVs to see whether the original Appenzeller pair will divulge the secret of the Kräutersulz in the advert. Image credit: Book, page 121.

Hops, malt, yeast and water – brewed, filtered, fermented and matured. There's nothing magical about brewing beer. Except for at Feldschlösschen in the Fricktal region. According to the book: «With experimental brewing and the brewers' high level of savoir-faire, the company has succeeded in creating new types of beer for particularly demanding beer lovers. The best ingredients, a first-class manufacturing process and strict checks form the basis of the outstanding taste and high quality of Feldschlösschen beer. Image credit: Book, page 133. 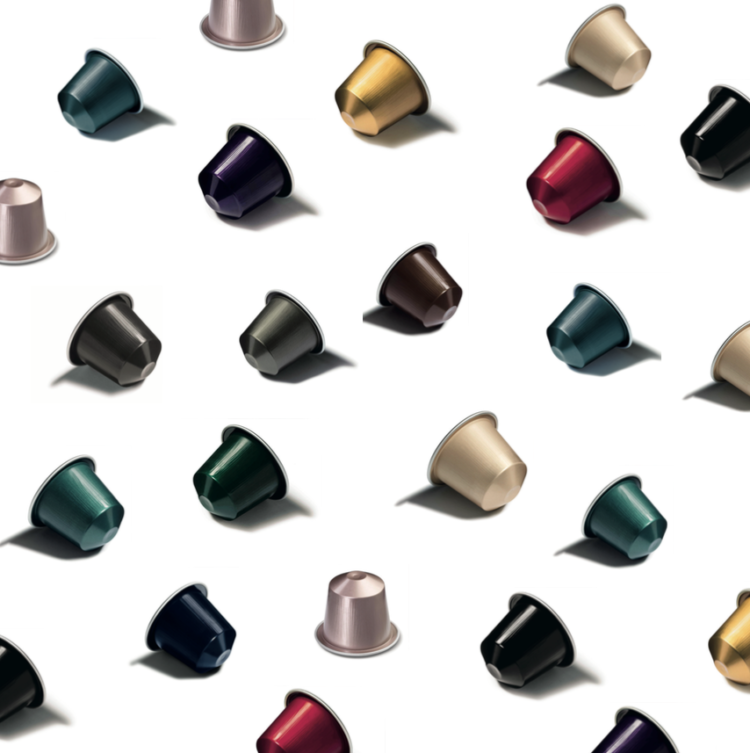 What else? In 1996, Nestlé used its savoir-faire to develop the Nespresso product concept, which revolutionised the way that millions of people enjoy their coffee. According to the book: «The perfect cup of espresso for when you are at home, just like those made by professional baristas.» MARKETING is also part of the Nestlé savoir-faire. Thanks to the club system, stylish shops and online boutiques, Nestlé has also managed to create a direct sales channel to the global community of coffee drinkers along the way. Image credit: Book, page 145.

A FLICK THROUGH DAS KLEINE BUCH