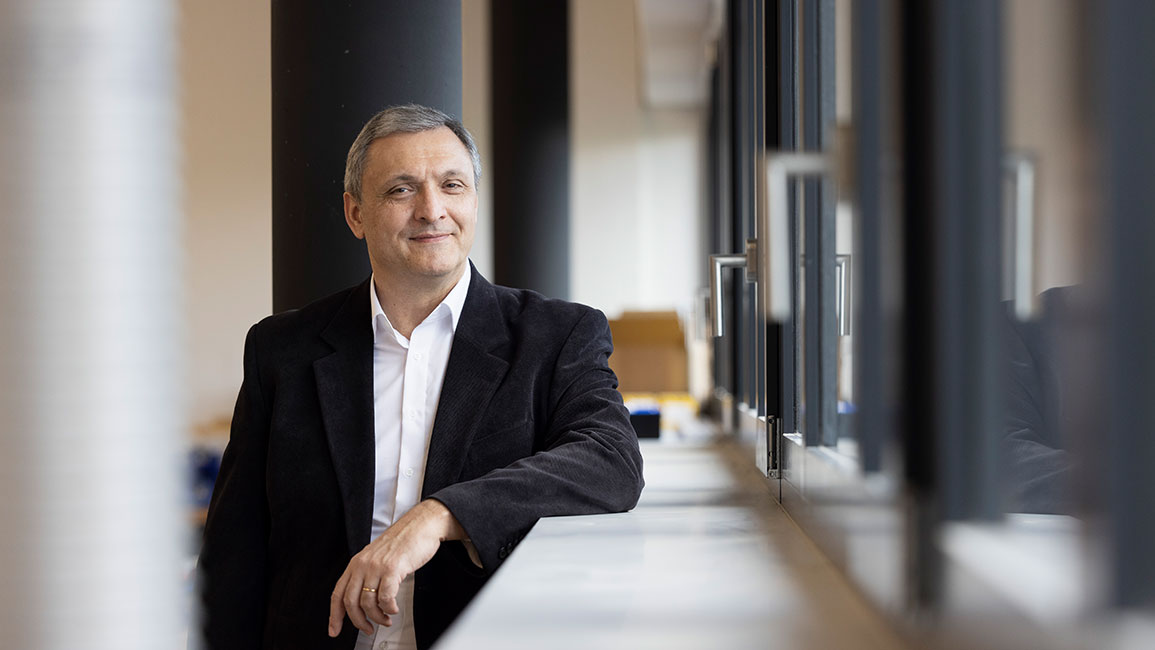 “For me, helping to design Sulgen is a privilege”

Published on 18. November 2021 by V-ZUG Redaktion - Aline in Swiss Made

A cooling appliance has to work perfectly in all conditions. As Head of Engineering Prototyping and Testing, Gerardo Friedrich verifies this – with automated testing at the start in Engineering and at the end in the production process.

How does a fridge react in terms of icing if you open the door over 100 times a day? How does it work in tropical conditions? What air circulation is required to ensure the appliance does not ice up but also does not dry out any foods or allow them to spoil? Together with his team of eight, Gerardo Friedrich deals with these and other additional questions and parameters.

The German-Argentinian was born in Buenos Aires. His wife also has European roots. After being stationed all over the world, the couple settled in Switzerland 23 years ago. A year and a half ago, he took on the role of Head of Engineering Prototyping and Testing at V-ZUG Kühltechnik AG: “It’s incredible how a modern production facility can grow on what was once just a field. For me, experiencing and helping to design this is a privilege.”

In Sulgen, the 57-year-old is responsible for designing the new laboratories and testing rooms, as well as structuring testing in the final inspection of the finished refrigerators. When the prototype of a cooling appliance is designed, it comes to the laboratory. Here, the appliances are first prepared on lifting platforms – dozens of sensors are connected, like an athlete being wired up before being put through their paces. All sensors must be fed back and monitored continuously in various test conditions. There are a total of 14 testing rooms in Sulgen. Three cooling appliances fit into each of these chambers. Air flows in through the finely perforated ceiling at a constant speed and temperature. By changing the temperature and humidity, it is possible to simulate different conditions in a standardized environment.

In contrast to Arbon, the testing chambers in Sulgen are smaller, but there are more of them. “This gives us a lot more flexibility. Here we can test various things at the same time with three groups of appliances. We work with state-of-the-art technology and can fully test all standards, and almost completely automatically”, says the mechanical engineer.

In the last ten years, the cooling appliances have improved enormously in the areas of sustainability and energy efficiency. This has been possible thanks to good insulation and compressor technology. Work on the compressors is still ongoing. “With clever tricks in the refrigerant circuit, you can raise the efficiency to a very high level”, confirms Gerardo Friedrich. The team is constantly testing all the factors that lead to a good compressor. It is making cross-comparisons between suppliers, testing efficiency, pressurization in the refrigerant circuit, temperature and air flows. “Everything has to work perfectly in all conditions. We verify that the design that our refrigeration engineers put forward actually works.”

However, the compressor does not just have to be extremely efficient. It also has to do this as quietly as possible. V-ZUG Kühltechnik AG attaches great importance to the user experience. These days, many kitchens are in open-plan living areas. As such, it should not be possible to hear a refrigerator. It goes without saying that noise emissions are also tested. Not just in the in-house testing room in Sulgen, but in a specialist institute, too, where decibels and subjective human perception are measured. In comparative measurements against appliances from market leaders, V-ZUG performed best, Gerardo Friedrich enthuses.

“With clever tricks in the refrigerant circuit, you can raise the efficiency to a very high level”

In Sulgen, Gerardo Friedrich is also responsible for the testing process used in the final inspection of the finished appliances. “We developed the testing ourselves”, he says proudly. At this station, a self-driving robot brings the finished appliances to the 90 testing stations. The system communicates with the internal sensors in the appliance via WLAN. The cooling curve and power consumption are among the things technically tested. If the appliance is good, it is taken to packing. If it is found to be faulty, it goes back for repairs. “We have achieved a high degree of automation. The testing runs automatically.”

This is also the challenge: Sulgen operates at a very high technical level, and many new technologies have been combined. The interfaces of the complex units from various suppliers, SAP system, worker flow – everything needs to work perfectly together. “In Sulgen, the systems communicate with one another automatically. We’re working with game-changing technology here.”

For Gerardo Friedrich, automation is not just a professional passion, but also a hobby. At his home in Arbon, when light comes in and the blinds and curtains close by themselves, you can be sure that’s because of the householder’s penchant for programming.