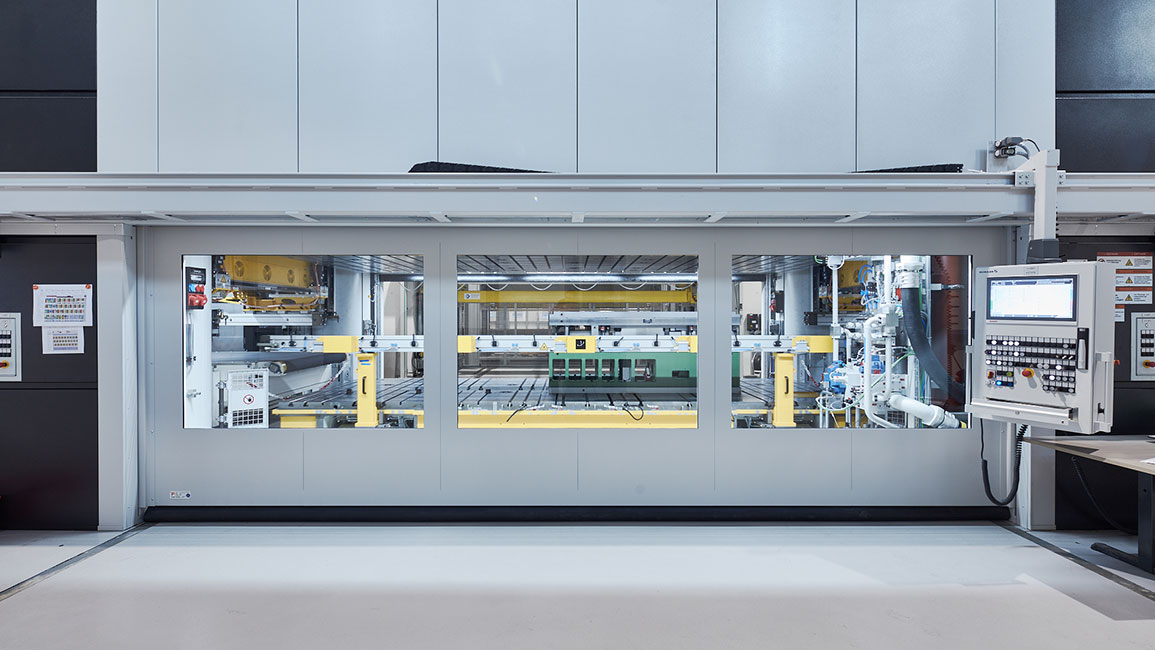 A world-class feat of engineering, a well-stocked warehouse and other powerful machines. The new pressing plant in the Zephyr Hangar at the heart of Zug has now come to life. Plant manager Florian Dober explains what makes the system globally unique.

The system is the height of a house, with imposing concrete elements and steel girders that sweep in from the left and right to form a frame of gigantic proportions. At the centre, illuminated and painted yellow, is the centrepiece of the impressive industrial installation. Florian Dober, Pressing Plant Manager at V-ZUG, is standing at a touch-sensitive screen at the head of the plant, issuing a few virtual commands. The yellow giant – functionally named the automated storage and retrieval system (ASRS) – groans into life, disappears into the depths, stops and fetches a tool from the vertical warehouse – all in just a few minutes. 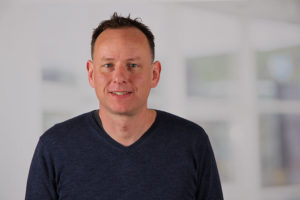 The new pressing plant in the Zephyr Hangar came online six months ago. “Now we can already do around 50 percent of the work with it”, explains Dober, 40. The system, which comprises the tool storage unit and the highly complex pressing plant, is a “world-class feat of engineering”, Dober enthuses. The real sensation here is not even the computer-controlled pressing plant, which precisely forms any metal plate – from simple cover plates to highly complex inner door panels – to one hundredth of a millimetre.

“There are pressing plants everywhere, but a warehouse like this one that holds up to 140 tools is absolutely unique”, says Dober. The ASRS is even capable of effortlessly transporting tools weighing 35 tonnes from a height of ten metres up. A sophisticated system of cable pulls and clamping devices ensures that the tower does not topple over.

In the future, a redundant system could be created by installing a second pressing plant in parallel. Tools could then be delivered from the automated warehouse in the middle of the hall to the presses on the left and right in just a few minutes. When the first machine is fully up and running in around six months, the new plant will be able to produce the same number of metal sheets in just two instead of three stints, as is the case with the current press, which needs to be replaced after 20 years of service. 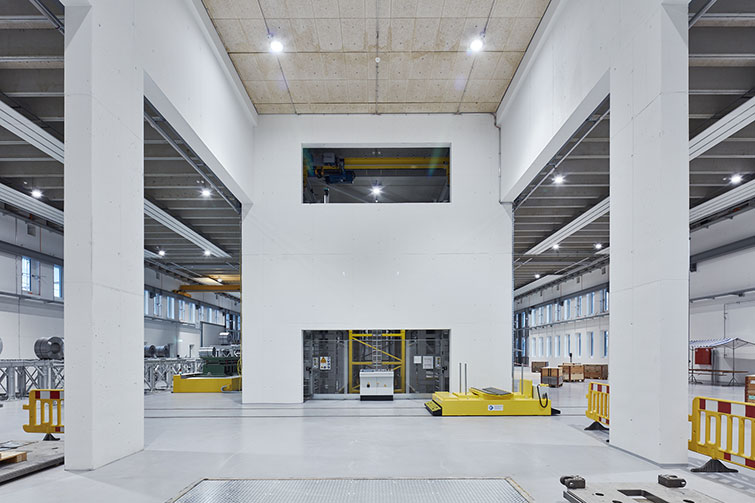 At the moment, however, tools for various parts – oven drawers, interior parts for steam cookers, and washing machine panels – still have to be adapted. “For some parts, we have a tolerance of just three hundredths of a millimetre”, explains Pressing Plant Manager Dober. The adjustment of the tools requires just as much time. But the pressing plant itself still requires a lot of fine-tuning. Individual lines of code have to be adjusted with the plant manufacturer, and every new software update and every program are being constantly checked and adapted.

Dober and three of his staff demonstrate the capabilities of the plant by using a simple baking tray as an example. A one-tonne roll of coiled metal sheet is clamped, the foremost parts are cut away, and the metal is then slowly fed into the precision levelling system, straightened, lightly oiled and conveyed to the tool. The baking tray is created in four stages at lightning speed, while superfluous metal is automatically detached and dropped through a trapdoor into the basement of the building, where it is collected for recycling. A tray like this one could be produced in 11 strokes in the previous pressing plant – now the 70-tonne ram drops 27 times a minute to turn the metal into the desired shape. 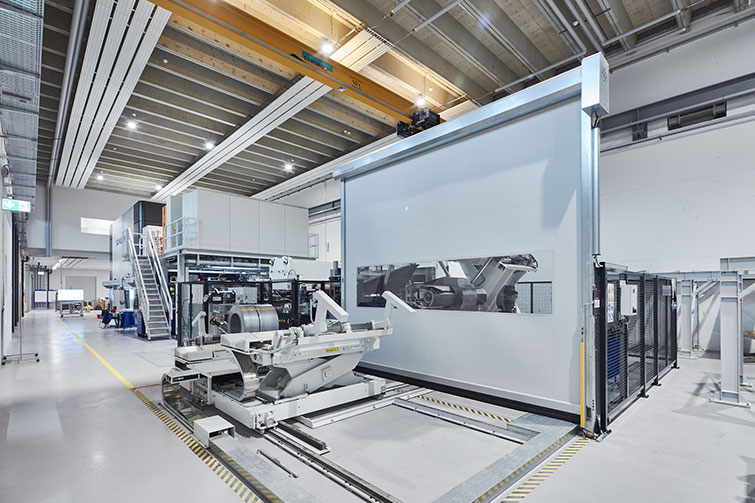 It can be converted in just ten minutes depending on the type of metal, as stainless steel and chrome steel, galvanized sheets and aluminium need to be handled differently to ensure absolutely scratch-free results in these precious metals. “In other plants, this conversion takes two hours”, says Dober proudly.

Although the new Zephyr pressing plant is becoming more productive by the day, there are plenty more possibilities in the new hangar. To keep industrial production in Zug city centre and to make it as efficient as possible, surface technology has been set up in the attic floor of the striking new building, along with a decoupling warehouse with space for around 3,500 parts. Industry expert Dober explains: “This is a globally unique and expensive production site. We can’t afford to have any downtime. The aim is to store parts for a maximum of five production days so that we can cover any disruptions to the pressing plant.”

Each production step at a site such as this must therefore be safeguarded very well, according to Dober. In a sense, the new pressing plant is shaping the future of the company with the utmost care and precision.