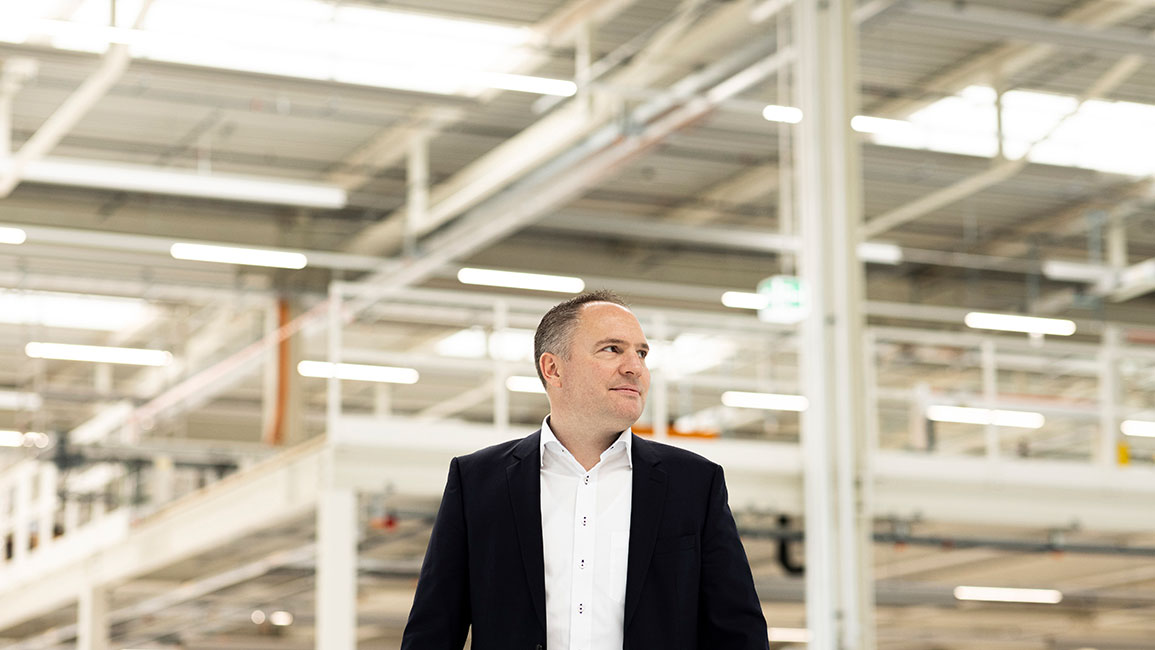 CEO Andreas Albrecht is proud of the new plant in Sulgen. He’s even prouder of the objective everyone in the company has been pursuing for years: a sustainable future for V-ZUG Kühltechnik AG.

We ask Andreas Albrecht if he’s a bold person in general, and as a managing director. He tells us that when he’s dealing with people, he tends to trust his experience and his instincts, and doesn’t really take any chances. In technical matters, however, he says he’s quite bold, willing to try things out and definitely open to taking a calculated risk.
It was certainly bold to choose Switzerland as the location for the new plant. A move has long been on the cards, the current leases at Arbon are for a fixed term, and various scenarios were considered for the new plant. V-ZUG Kühltechnik AG supplies a niche market with its premium built-in cooling appliances. It was this uniqueness, the proximity to the key market, high standards of education and Swiss values such as reliability and quality awareness that tipped the balance: “Switzerland definitely has a future as a production location,” says Andreas Albrecht. 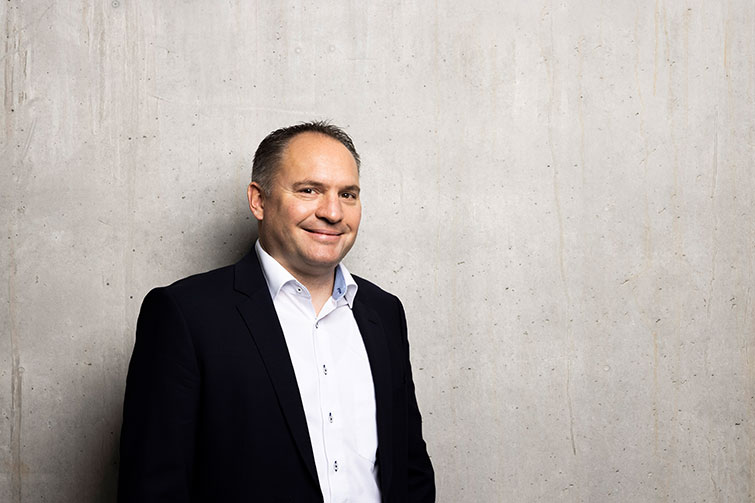 For two years now, the 44-year-old has been CEO of the only Swiss cooling appliance company to develop and produce its appliances in the country. Prior to taking up his current post he was Head of Production and therefore a Member of Management for more than four years. The new production facility in Sulgen is a professional plant equipped for the future: the company has invested heavily to ensure it will be able to react flexibly to market requirements and new technologies. The driving forces behind this are goals such as quality improvement, efficiency and sustainable profitability. The Arbon site is currently producing 80,000 cooling appliances per year, whereas at Sulgen the capacity will be scaled up to over 145,000.
And why Sulgen exactly? Andreas Albrecht smiles: “We drew a radius of around 25 kilometres around Arbon for our search because we really want to keep our current employees and their expertise.” Belimed, a former sister company, had a plot of land available in Sulgen. It was actually in an agricultural zone, but with the help of the municipality, canton and even the federal government, a change to the structure plan was secured in a short space of time. “We’re expecting around 90% of our current 150-strong workforce to move with us to Sulgen,” says Andreas Albrecht, himself originally from Thurgau. Transferring know-how is very important to him – after all, the company has already spent several years making itself fit for the future. It has focused significantly on quality and optimizing production processes, taken an international approach in purchasing, and more than doubled its development capacity. V-ZUG Kühltechnik has already launched some innovative products, and there are more ideas in the pipeline in the areas of digitalization, new designs, reducing food waste and decreasing noise emissions.

Only around a fifth of the existing machines and operating equipment will be relocated from Arbon; the majority will be new. Even in an ultra-modern factory, however, manual processes are still essential in both assembly and quality control. “V-ZUG is synonymous with quality and innovation. To achieve that we naturally need the latest technologies, but above all we need our employees.” Having been a player of team sports, Andreas Albrecht firmly believes in creating a corporate culture of togetherness and fostering team spirit. He supports and challenges his employees, and says you should: “Achieve your objectives with a relaxed manner and a smile. But never forget that you can’t make something out of nothing.”
He explains his approach is to seek direct contact with everyone, whatever their role, to be honest and to treat them as equals. “After all, I used to work on a building site,” he grins. That’s not necessarily something you’d guess from his gentle yet quietly determined manner. He trained as an electrician and then worked in industry, spending time in various different areas including marketing, product development and production management. He continued to study alongside his work, improving his technical expertise and taking courses in business and management, right up to MBA level. 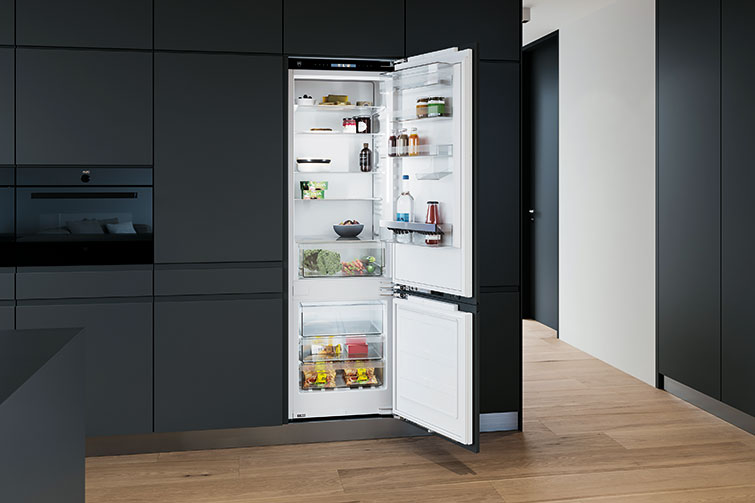 In his free time he enjoys building things himself, creating something with his own hands: for example building walls in his garden in Roggwil and planting trees. It’s a Mediterranean garden, he tells us: “I think that’s the influence of my Spanish wife.” He also does lots with his four children and likes spending time outdoors.
Sustainability is important to the CEO. He believes in both ecological and social sustainability, in treating other people with respect. He knows the name of every one of his employees, saying “We need to be open with one another. There should be a spirit of mutual support.” This approach is obvious in the way the new plant has been designed: the large production hall has no walls or partitions, there are no barriers. There are windows between the hall and the offices. And the cafeteria with its roof terrace and space to reheat meals is intended as a place where everyone can meet – production workers, office workers, plant managers. Not forgetting the group of people with disabilities who work in assembly. Andreas Albrecht grew up with a disabled brother and encouraged the company years ago to employ people with disabilities.
“Every person has one or more strengths. That’s what we focus on. And I say to my managers: you need to motivate your employees and entrust to them the responsibility for their work, so they can actively develop and be involved in decision making. Good leaders do things for others.” They don’t just choose the easy way. As a manager you have to trust people and let them do things on their own. That requires effort and boldness.