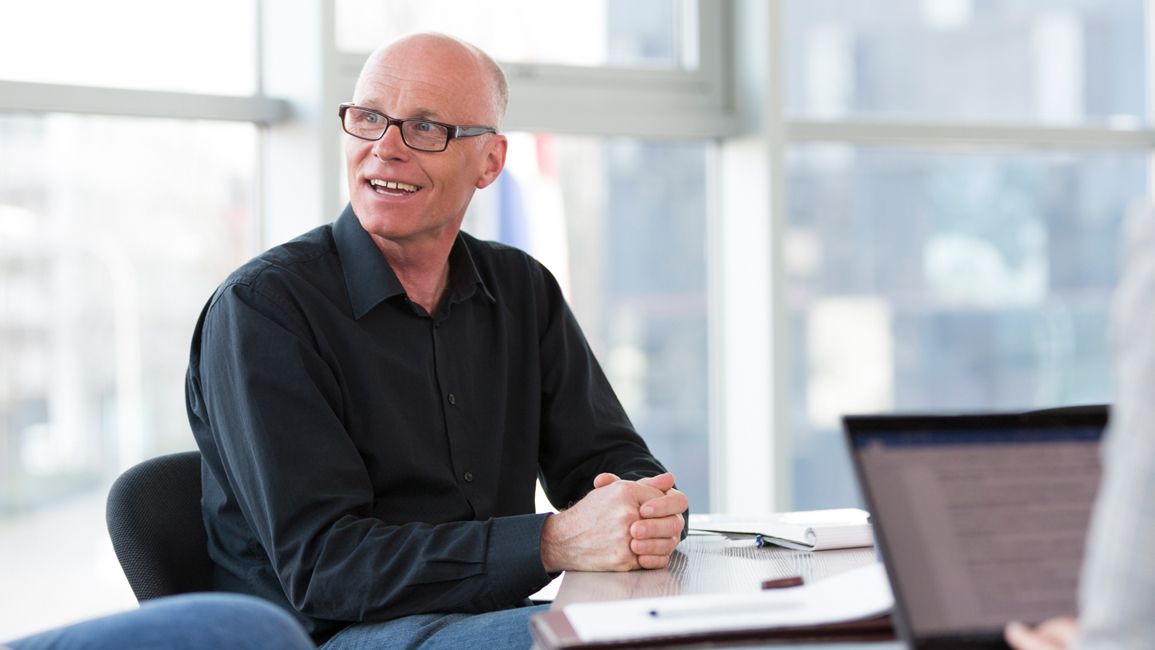 Thanks to the ingenious SteamFinish function for dishwashers, you can put your glassware, cutlery and crockery away sparkling clean after every wash cycle. No marks, no streaks. Only from V-ZUG. 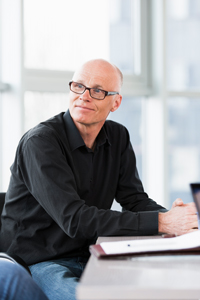 Ingo Gau, Head of the Process and Application Technology Group at V-ZUG

Ingo Gau, you are the Head of the Process and Application Technology Group at V-ZUG. Your team scored a real success in 2012 with the launch of the SteamFinish function for V-ZUG dishwashers.

That really was a great project. In 2009 we asked ourselves: can we use steam to improve the performance of our dishwashers? The initial results were sobering. We were unable to reduce the energy consumption or shorten the programme duration. Adding a steam phase in the middle of the cleaning process didn’t help either. But then after a test run, a lab assistant said: “The glasses look nicer.”

And you said to yourself: we’ll do something with that.

Our customers expect perfectly clean dishes. But depending on how the dishes are positioned in the basket, they may end up with visible water marks with salt residue after the wash cycle. We thought: wouldn’t it be great if we could change that? So we built a prototype. Our first attempt involved adding steam to the washing compartment using a steam generator from a V-ZUG steam cooker.

That sounds smart. Was it smart?
We rejected that idea due to the costs, operation and potential problems with the manufacturing, and decided to create a steam atmosphere using elements already found in the dishwasher: water, the circulation pump and the heater.

So how does the SteamFinish function work?
Towards the end of the rinse programme – during the final rinse – we generate around 100 grams of steam by heating up the water in the bottom tray of the dishwasher very slowly. The items in the dishwasher are already clean by that point. This process generates steam which condenses on the surface of the dishes because they are colder than the steam. People who wear glasses know what it’s like the other way round: they go into a warm room from the cold and their glasses steam up.

And why does this condensation make the dishes look nicer?
Drops form and trickle down the dishes. The thing that would leave marks – the salt residue – is rinsed away drop by drop. The normal drying phase then runs as usual. 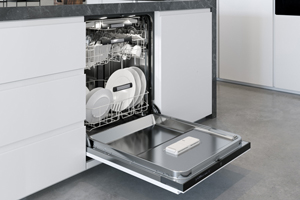 It’s sometimes said that steam damages glassware and makes it cloudy.
We checked that in extensive series of internal and external tests. The result is clear: the SteamFinish function does not cause any additional corrosion whatsoever. However, there are some types of glass (and not just the cheapest) that turn cloudy over time if washed in a dishwasher. That happens at high temperatures in particular. Tip: make sure you buy glassware that is dishwasher-safe. It is usually specified on the packaging.

Back to the cleaning results. What has V-ZUG achieved for its customers with SteamFinish?
Cleaner dishes after every wash cycle. Even before it was launched on the market, our test customers said: “The glasses are definitely more sparkling.” Plastic and metal items are also visibly cleaner. It’s no surprise because SteamFinish reduces salt residue by up to 50%.

Which products offer this extra cleaning function?
SteamFinish is an exclusive V-ZUG feature. You can find the function in all dishwashers from the V6000 series and in V4000 models with a cutlery drawer.

Refrigerators and freezers with a wow factor

Voltaire, Sforza and the flagship product of Lake Constance